Wow, how neglectful have I been about writing this summer!  We’re all busy this time of year and I just got a full-time promotion at work, so my days in the garden have gotten a little shorter (not to mention my lack of time writing about the garden inside on the computer).  But nonetheless, here I am on a day off wondering where to start. 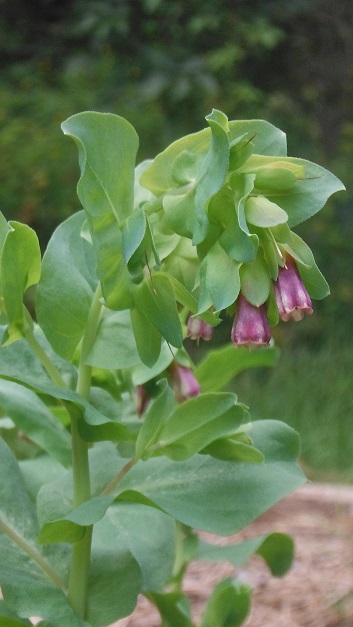 This is cerinthe.  A bit of a freak show.  I think I like it, though.  It’s not as “pretty” per-se as I expected, but it’s so strange looking it totally has a place in my garden.  And the bees love it, specifically little bumblebees that can barely cram their fuzzy bodies into the flowers.

Probably the main highlight this summer has been raising a new flock of baby chicks!  Of course at this point they’ve grown into mischievous mini-hens…not quite so egg-sized anymore.  Here is their relatively cute evolution: 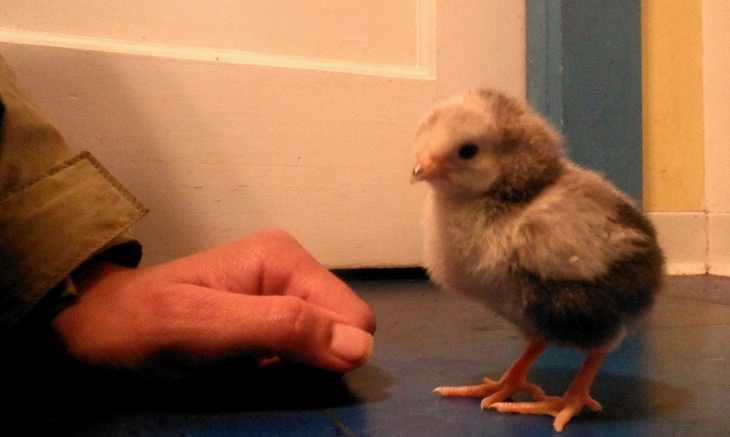 We sectioned off the front of the chicken coop with plywood and equipped it with a heat lamp and wood shavings.  This was a great set-up for so many reasons: we didn’t have any nasty chick dust floating around our house like we did when we raised our first flock inside; we didn’t have to worry about predators; the big hens could still stay in their [slightly smaller] coop; and I think the little chicks got to grow up hearing the hens talk and vice versa.  When we finally integrated the flocks we had nothing to worry about; they already knew each other.

We decided on a mix of breeds, just to spice up the yard: Columbian Wyandottes, New Hampshires, and Easter Eggers (an Araucana/Americauna mutt).  The added benefit was that we got to witness the different growth patterns of each breed, and compare their temperaments too.  It’s a very interesting way to go.

Once the days got hot and the chicks grew enough feathers, we introduced them to grass.  They stayed secure in their coop when we were away at work during the day, but when we came home we’d put them in a big blue tub and haul them back to the garden (the most predator-proof part of the yard).  Here they’d spend the last few hours before sunset in a little wire run we made that was about twice as big as their coop set-up.  This gave them a chance to run around chasing each other, catching bugs, and simply stretching out.  They were quickly outgrowing their tiny set-up in the coop. 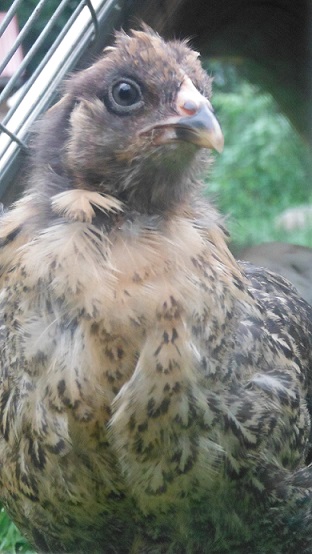 We call this phase “gutter chick”

At this point our work schedules changed and one of us was home every day.  Because we were around to hear any possible distress calls, the chicks spent most of their days outside in the run.  We also gave them an hour or so of “free-flap time” each night when we’d tip over the run and the chicks would explode in every direction.  They lived for free-flap!!  They got some serious exercise flying around, but they were also ready and eager to get back to their coop as the sun went down.  (Of course at this point it meant they were ready to get back in the blue bucket so we could carry them back to the coop!) 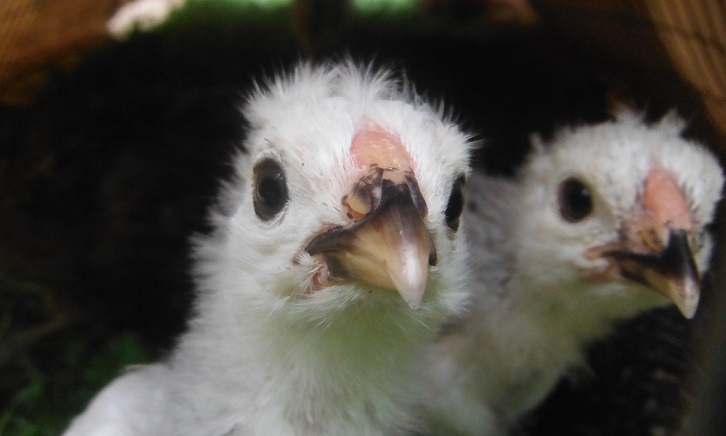 Eventually the chicks were big enough and feathered out enough to spend all day outside foraging, not enclosed in a run (we’re lucky to have a 4-foot fence around the whole yard, though).  There were enough shrubs and hidden forts to duck into when the big chicks showed up, and the two flocks still had their separate sleeping quarters. 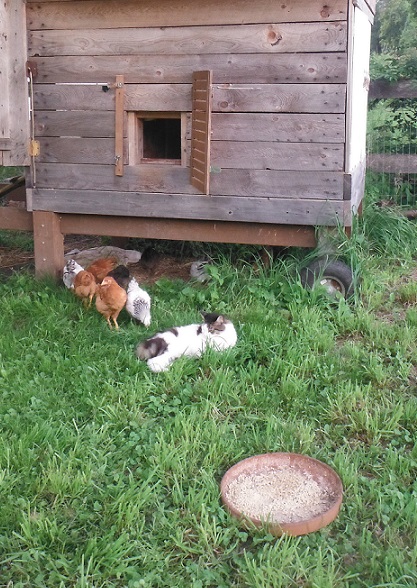 Tampopo the cat managing his flock 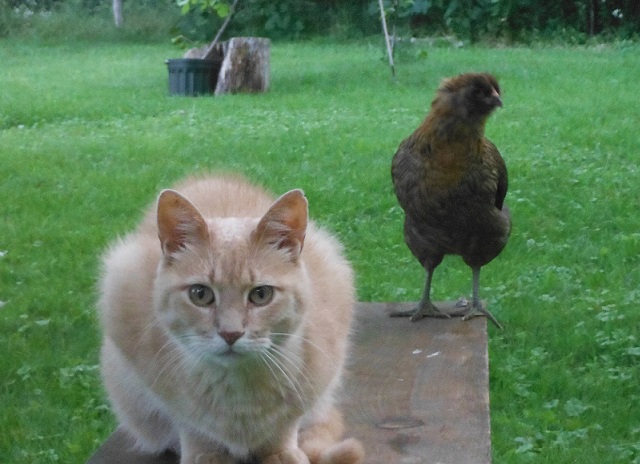 Zeek the cat posing with a fully feathered Araucana

It took the chicks way too long to understand how to use the roosts!   They were far too big to be huddled together at night, yet they would compete for the very bottom spot of the sleeping chick pile.  Thankfully, one night they had a revelation and we took down the partition the day following their first night on the roosts.

Now chicks of all ages sleep together.  Yes, there is quite a lot of yelling as they all settle in for the night, but I’m thinking they’ll all be best friends soon.

No-Tail-Chick acting motherly towards the littler ones

We’re all savoring these last moments of summer before the first frost (which could really be in a month!).  Loving on the flowers, the warmth, the breeze, and that wonderful thing called daylight.

I specialise in climate control and environmental exploration, I also have a passion in Astrophysics and other world exploration in Africa and the United Kingdom.

Latest posts by admin (see all)

I specialise in climate control and environmental exploration, I also have a passion in Astrophysics and other world exploration in Africa and the United Kingdom. View all posts by admin